Will Canadian Pharmacy tap into drone delivery of prescription drugs? 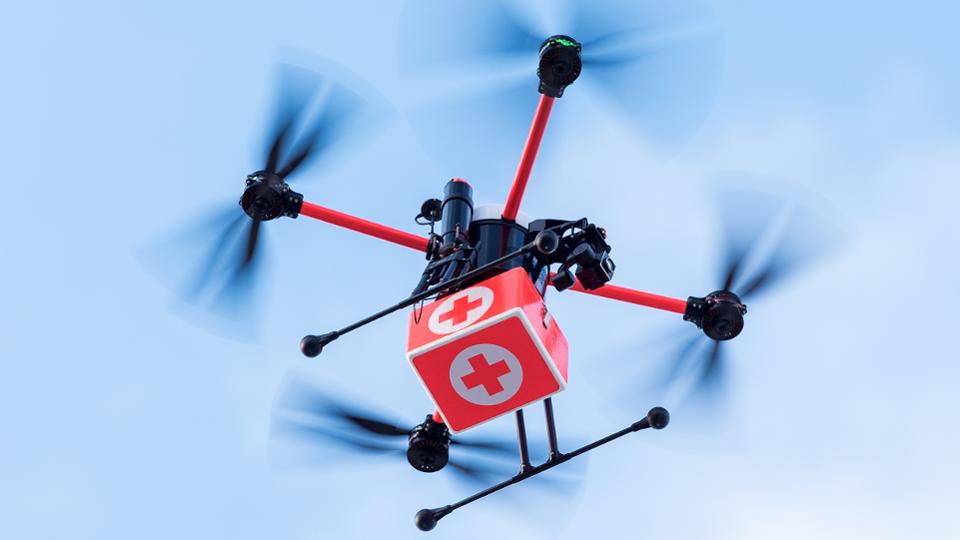 Drones are a recent thing, but as they become more popular, their scope of application expands rapidly. Initially used only by the military, drones — Unmanned Aerial Vehicles (UAV) — have gone public in serving civilian population. With a battery, computer, and various sensors onboard, controlled by software algorithms, particular drones can roll, pitch, yaw, and stay in the air for hours. They help fighting crime, survey land for farming and real estate purposes, cover important events like sports games from the air, and deliver food and medicines to inaccessible areas. Drone delivery haven’t become a commercial-scale enterprise yet, but soon enough we can see the sky full of delivery drones, some say.

Moving from concept to reality, Uber is to test its drone food delivery service in San Diego in 2020, with the new six-rotor model being able to carry a meal for two. Drone delivery is tested by major companies such as UPS and Amazon. London Drugs in co-operation with Canada Post and InDro Robotics carried out a test flight in August 2019. Life-saving medication delivered by drones is in fact not a matter of leisure — it can solve the problem of delivering prescription drugs to remote areas, help physically challenged people to get medication, or even reduce the number of cars on the road.

A test flight carried out by Canada Post on August 18th was completed successfully. A hundred years after the first letter was sent by plane in Canada, a drone with two kinds of drugs on board covered a distance of 6 km in 11 minutes. In one of the trials, it has dropped the package at a grocery store, and in another, delivered its weigh directly to the patient’s home. The drugs on board were the kind that could save lives in emergency situations. EpiPen (a device for injecting epinephrine, or adrenaline) is necessary for emergency intramuscular injections in the event of anaphylactic shock. The second drug, Naloxone, an antidote to morphine and similar narcotic drugs, can prevent death from an opioid overdose. The executives were impressed with the results and expressed hope that in the near future, drones will serve Canadian customers and even save lifes in emergency situations. Unfortunately, the service is in the testing phase and is not available to customers yet.

Challenges and obstacles of drone delivery

Drones became widespread not least because of their technical simplicity. We may ask why it takes so long for companies to implement the technology for serving the human kind as a delivery means. Like any device capable of causing harm to people or property, drones must meet many criteria in order to be certified at agencies such as Transport Canada and the Federal Aviation Administration, and to operate as delivery vehicles for commercial use. Companies must provide evidence that drone delivery is safe enough to operate as a commercial service. Here are a few key factors that can prevent drones from launching in the coming months:

There are other dangers like drone collisions, or terrorism, as drones will be surely abused to deliver mine studded packages. Before these problems are solved, it’s difficult to imagine drones taking place of regular delivery in an urban environment, or even working side by side with other delivery vehicles.